The World’s Most Prolific Blood Donor

The World’s Most Prolific Blood Donor 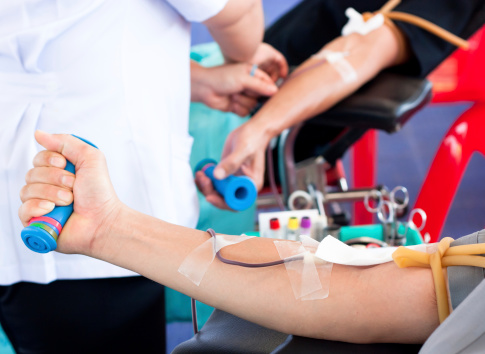 At the age of 78, James Harrison is world famous.  He didn’t scale the tallest mountain, run the longest race, or perform superhuman feats of strength.  In fact, he’s famous for doing something that millions of people around the world do every single day.  James Harrison holds the world record for donating the most blood in his lifetime.

History of a Hero

James Harrison was born in Australia, and in 1951, at the age of 14, he became very ill.  He had to undergo surgery to remove three quarters of his left lung, and 13 units of blood were needed to perform the operation.  Harrison realized that the generosity of blood donors saved his life, and he felt that the right thing to do would be to return the favor in kind.  When he turned 18, he started to donate blood.  Every few weeks for the next 60 years, Harrison has continued this generous tradition.

Harrison now holds the Guinness World Record for the most prolific blood donor on the planet.  In the last sixty years, it’s estimated that he’s donated more than 130 gallons of his own blood.  Harrison didn’t think he was doing anything special, just donating some typical O-Negative blood, but it turns out that there was something very special about his donations even beyond the volume.  In 1966, during a standard testing of donor blood, researchers discovered that Harrison’s blood contained a rare antibody that could help treat infants who had Rh Disease, which can destroy a baby’s red blood cells.

Most adults are Rh positive, but a small percentage of the population, including Harrison, are Rh negative.  When an Rh negative parent gives birth to an Rh positive baby, the baby requires a protein that the mother doesn’t produce.  Harrison’s blood, however, contains an antibody that can be used to create a vaccine for Rh Disease.  Harrison refuses any accolades that he receives, considering himself just an ordinary guy.  The people he helps, however, undoubtedly see it differently.