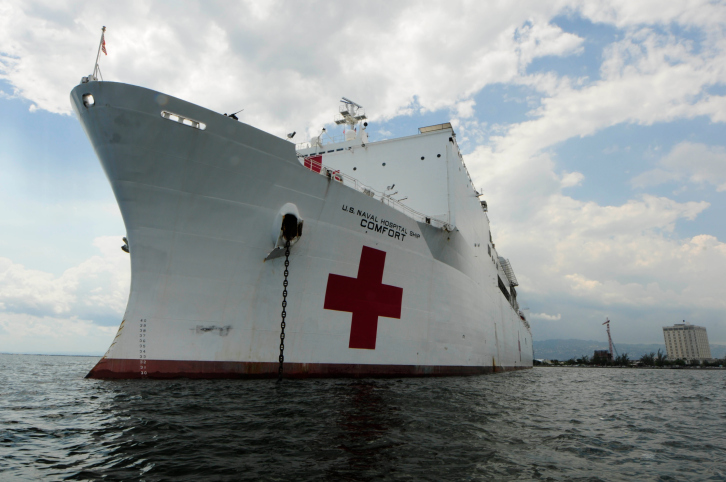 When we think of international shipping, we think of supplies being flown overseas or delivered by boat, but wartime shifts relationships between (and within) countries. In war, medical shipping works overtime both because people from their own country are themselves being shipped around in the military, and because of all the various kinds and severities of wounds. During wartime, entire ships can be converted into floating hospitals to treat and transport wounded soldiers.

In the early 1940’s during WWII, the army didn’t have well thought-out plans for evacuating wounded soldiers, and so the idea for hospital ships took a stronger hold. However, it was difficult to find funding for them and some debate over which faction of the military should fund these traditionally naval ships. In 1942, the Army began converting passenger and cargo vessels into hospital ships, and at this time patients traveled on British or Canadian ships, as the U.S. didn’t yet have any for that purpose. Although it took time due to disputes, funding, and war, there were 29 ships authorized for the Army during WWII. When these couldn’t keep up with injuries and casualties, platoons were also converted into hospital ships. These ships could accommodate just over 16,000 people altogether.

Even the hospital ships of the early 1940s had equipment on them for major surgery, such as operating tables, lamps, anesthetic, gloves, and autoclaves. There was also dental equipment, lab equipment, x-ray machines, and a medical library alongside nurses, doctors, and sergeants.

It’s a war crime to harm a clearly marked hospital ship, because while war demands an alliance / enemy mentality, people all wound the same. These ships were used for treating the wounded and delivering them back home. In times of war, we can’t just ship supplies– we have to create whole hospitals on ships.