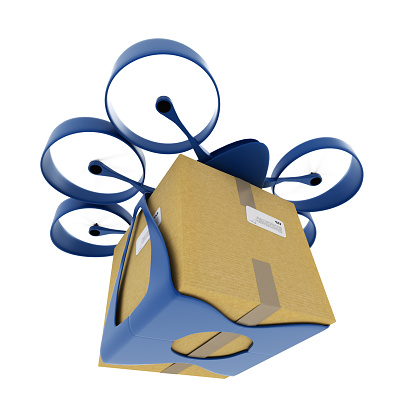 Quick!  What comes to mind when you think of a drone?  You might have thought about military attacks that are carried out via drone strikes.  After all, that’s in the news quite frequently.  Maybe you think of Enrique Iglesias inexplicably grabbing a drone mid-flight during a concert and cutting his hand.  If you’re a Star Trek fan, you might even think about zombie-like cyborgs.  No matter what your mental image, chances are that drones have a negative connotation; however, some individuals are working to come up with ways to use drones for good, including in the shipment of medical supplies.

An international competition known as “Drones for Good” offers a one million dollar prize for the best ideas in using drones for beneficial purposes.  Applicants from dozens of countries entered for the chance to improve the world through drones.

One of the most innocuous uses of drones is in the delivery of cargo.  Because they are lightweight and unmanned, drones possess a maneuverability and speed that is both cost-effective and efficient.  They are also able to travel into dangerous situations that might otherwise put lives in jeopardy.  For instance, if medical supplies were needed in an active warzone, a manned aircraft might have difficulty delivering them safely, but the drone could do so with minimal risk to human lives.  This might include everything from vital organ replacements to medical equipment to first aid supplies.  Drones also possess a maneuverability that would allow them to reach very specific locations, which would save time for those people who need the aid that they can provide.

A Work in Progress

Unfortunately, many of these ideas are still in the development stage, and drones are still mostly used for military and reconnaissance purposes; however, the innovators continue to work hard.  The tool itself is neither good nor bad; it’s all in how it is used, and if that’s the case, then we may soon have a whole new way of looking at drones.