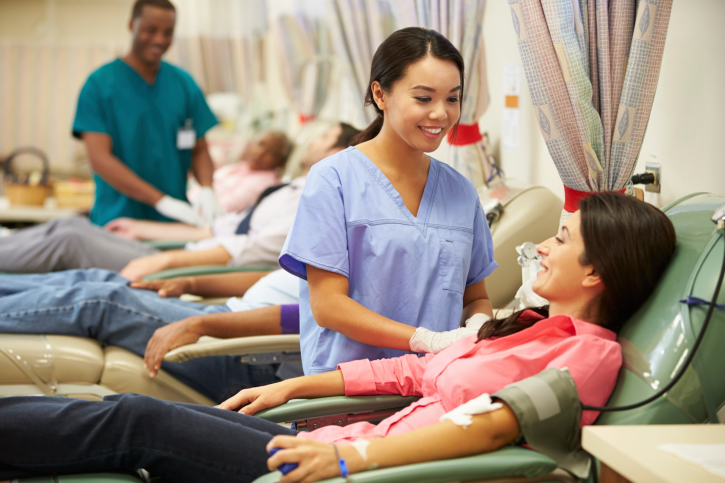 Once something is discovered in the scientific world, we often forget there was a time when that knowledge wasn’t part of the way we make sense of things. In the same century that Galileo discovered the earth revolves around the sun (rather than everything orbiting the earth), a British man named William Harvey realized how blood moves in a circular fashion throughout the body, propelled from the heart (interestingly, his time spent deciphering circles was also met with initial skepticism). Understanding the relationship between the valves and the heart paved the way for the first (known) blood transfusion.

A more up-close understanding of blood continued with biologist Jan Swammerdam who was the first to observe blood under a microscope and describe it at a cellular level. The first successful blood transfusions, from mid to late 1600s involved transfusions between dogs, and from sheep to humans. The early 1800’s saw the first transfusion between humans.

In 1901, Karl Landsteiner discovered a few different blood types (paving the way to understand compatibilities), and in 1940 the U.S. Government began a national collection program. In the early-mid 40s, blood and plasma donations greatly helped wounded soldiers and by 1949, there were 1,500 hospitals, 46 community centers, and 31 Red Cross centers collecting blood. Throughout the 60’s and 70’s, new discoveries were made to help keep cancer patients from hemorrhaging, and to keep blood donations safe (testing for Hepatitis B, and, later HIV/AIDs).

You can see how something as seemingly commonplace as blood donation comes from a history of science, worldviews, research, new diseases, and the necessity for treatments and transfusions from those diseases. It’s as important as ever to understand how we can share blood and sustain lives. As research continues to make new medical discoveries, the importance of blood remains fundamental.